Lori begins the show by celebrating the wonderful news that Ringling Bros. and Barnum & Bailey Circus will close May 2017. A sustained effort from animal advocates and animal welfare organizations, updated laws, and changing times all contributed to its demise. Lori continues with a fascinating talk about the use of medical cannabis for animals with Julianna Carella, CEO of Auntie Dolores. In 2012, the company began offering edible products and capsules containing CDB (cannabidiol) oil for dogs, cats, hamsters, horses and others. Customers use the product for anxiety, pain and inflammation and epilepsy. Looks like the wave of the future, as CDB is safe and unlike THC, it’s non-psychoactive. Peter then welcomes Maria Goodavage, author of Secret Service Dogs – The Heroes Who Protect the President of The United States. For 40 years, dogs have provided protection for the President. Their current duties include sniffing the perimeter of the White House, guarding against intruders and traveling everywhere the President and the Vice President go to detect explosives. Fascinating stuff. Buy the book here. Peter then has a quick visit with Dr. Lori Marino to announce an upcoming symposium, I Am Not an Animal! It’s a deeper look at the psychological reasons humans are such a destructive force on the planet. The Conference will feature world-renowned speakers from many disciplines in a first of its kind event. Save the date, February 24 and 25, in Atlanta. All the important info is here. To conclude the hour, Dr. Robert Reed, Medical Director of VCA Rancho Mirage Animals Hospital joins Lori to talk about cat scratch disease, what is does to people, how it is transmitted, and what, if anything we should do to avoid contracting it. 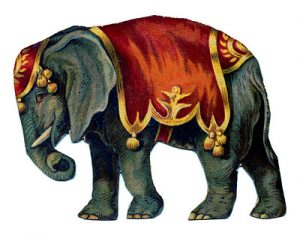