First Jan Creamer, President and CEO, Animal Defenders International, discussed ADI’s new film, Lion Ark. ADI’s network of representatives and operatives in South America have succeeded in obtaining exotic animal circus bans in multiple countries, an incredible victory. The recently released documentary depicts not only how these bans were achieved, but the challenges in dealing with the animals afterwards, including the journey for 29 rescued lions from Bolivia. Jan’s work is an inspiration for all animal advocates. ADI is here and here is information on Lion Ark, a great film.

Then, Dr. Neal Barnard, President, Physicians Committee for Responsible Medicine,  came on and described pressing issues related to rabies research in Taiwan. There, the government has proposed a study involving beagles being infected with what is thought to be a new strain of the deadly virus. Dr. Barnard explained why the study is flawed, not needed, and extraordinarily cruel, and suggested viable alternatives. Visit PCRM here and sign the petition to stop the testing on beagles here.

Then, Peter and Lori explored flying with cats and debated service and assistance animals. Peter had some hot news items as well. 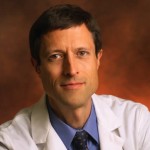