You are here: Home / 2015 Show Archive / Animals Today May 24, 2015: Companion animals and divorce. Dogs assisting veterans. Great news from San Antonio Animal Care Services. The end of horse slaughter in the US. Would you break into a car to save a dog?

This show featured a variety of stellar guests!

First, Philadelphia based family law attorney Mark Momjian joined Lori to discuss how the law regards companion animals in cases of divorce. Even though pets are generally considered property, judges are increasingly treating them as a special class, as they should.

Second up was Dori Scofield, Vice President of Guardians of Rescue, to talk about their program, Paws of War. Paws of War trains and certifies rescued dogs to provide services to veterans with disorders such as Post Traumatic Stress Disorder.

Then Kathy Davis, Director of San Antonio Animal Care Services joined us. Kathy and Lori discussed the impressive improvements the department has achieved, taking it from a poorly functioning one to a model other cities can emulate.

Finally Lori celebrated the 8th anniversary of the end of horse slaughter in the US, and shared a true story of breaking into a hot car to save a dog’s life. 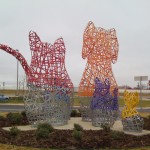 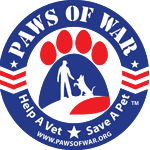