This show features Lori and Peter’s choices for the most notable and important animal rights and animal welfare stories of the year. After Lori tortures Peter with some holiday animal trivia questions, they get on with the review. This year its not a countdown, but a sampling of events they considered most meaningful for various reasons. Animals Today now enters its ninth year of weekly broadcasts. Thanks for listening and supporting the show. In no particular order, our most important stories of the year are:

Elephants shipped from Africa to three US zoos

Vaquitas on brink of extinction

Innocent wolf in zoo killed after child gets nipped 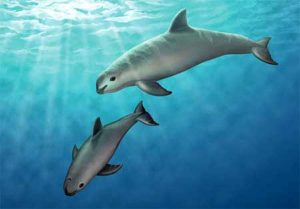