On this show, two wonderful guests appeared. First, Adam Roberts  joined Lori to discuss the killing of Marius, a healthy juvenile giraffe in Copenhagen’s zoo. Worldwide shock and criticism has followed this incredibly horrifying and unnecessary event. Adam Roberts, CEO of Born Free USA and Chairman of the Board, Global Federation of Animal Sanctuaries, will explain how the zoo justified this action and what needs to be done to reform an industry where such acts are considered acceptable.

Then, Peter interviewed Stacy Wolf, Senior Vice President of the ASPCA Anti-Cruelty Group about the huge cockfighting bust and rescue in New York State. More than 3000 birds have been rescued in “Operation Angry Birds,” and so far 7 arrests have been made. Visit ASPCA here.

Plus, Peter and Lori reviewed unbelievable comments from the European Association for Zoos and Aquaria and the British and Irish Association of Zoos and Aquaria related to (and defending) the killing of Marius. Apparently, now zoos have adopted, as part of their mission,  teaching children where their meat comes from! Peter also presented other animal news items of the week. 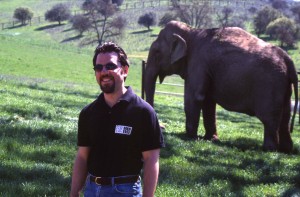