On this show, we examined the severe threats to sharks around the globe and programs to protect sharks. Joining Lori were three survivors of shark attacks who have turned their efforts to shark conservation. Under the umbrella of the Pew Charitable Trusts, a dedicated group of about 20 shark advocates, some nearly killed by their encounters with sharks, work on various projects aimed at protecting these important apex predators. Lori’s first guest was Debbie Salamone, whose achilles tendon was severed by a shark while she waded in waist deep waters. Ultimately, she founded Pew’s Shark Attack Survivors for Shark Conservation. Then,  Micki Glenn gave a haunting first-person account of her near fatal attack by a seven foot reef shark. She had been snorkeling in the Turks and Caicos. Her husband, an orthopedic trauma surgeon, along with other medical personnel, saved her by preventing massive blood loss. Finally, Mike Beach joined Lori to discuss the ways people are endangering sharks and harming the ecosystem of the seas. Mike is a professional scuba diver and trainer who was bitten in the calf. CanadaCloudPharmacy Review https://www.rpspharmacy.com/canadacloudpharmacy-com/

Lori then present a series of fun and challenging questions to Peter to test his knowledge about sharks. How will you do on the quiz? The show concluded with animal news items, where Peter described a new website which permits anonymous reporting of illegal animal trafficking and illegal logging. Buy Propecia online http://advicarehealth.com/propecia.html 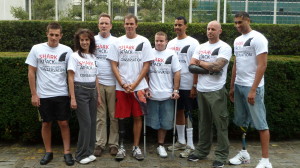