The first topic revolved around the lawsuit recently filed by the American Bird Conservancy (ABC) against the Department of the Interior, which is now able to approve 30-year permits for wind farms. Dr. Michael Hutchins, National Coordinator, Bird Smart Wind Energy Campaign, American Bird Conservancy, explained what motivated the suit, how wind farms harm raptors, and what ABC hopes to achieve in this action.

Following that, Mark Duchamp, President, Save the Eagles International, joined Lori to give his perspective on the suit, and covered a myriad of conservation problems associated with wind energy.

The second topic of the show was wild bison herd management in Europe. Captive raised bison from the British Isles have just been released to join a herd in Romania, ostensibly to improve the gene pool and increase the size of the herd. Is this practice proven to actually work? And are zoos justified in claiming that release of captive bred animals into the wild is good conservation? Professor Marc Bekoff provided his perspective.

And hot animal news from around the globe. 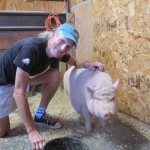 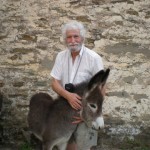