This show featured a great discussion about the roadrunner, one of the most distinctive animals of the Southwest. This interview with naturalist and author Jim Cornett, which originally aired in 2009, is packed with facts and delightful stories about roadrunners. Listen in to find out how they eat rattlesnakes and scorpions, where they go in the winter, which state has the roadrunner as its state bird, and more.

Then, Joe Meile with Committee to Abolish Sport Hunting returned to explain yet another twisted variety of captive or canned hunting. Unusual forms of animals like albino lions and springboks, and other unnatural crossbreeds are being created especially so hunters can have the experience of killing them. Hunters pay a large premium for the opportunity to do so. 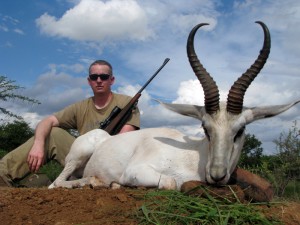