A recent episode of Stossel, the libertarian-oriented Fox News weekly show, titled “Green Tyranny” includes a segment criticizing the opponents of SeaWorld, and the film Blackfish. We were shocked by some of the points Mr. Stossel attempted to make, so to examine the claims on this episode, Lori spoke with Dr. Lori Marino, Founder and Executive Director of the Kimella Center for Animal Advocacy, Inc. Marino is an internationally respected authority on cetacean behavior and intelligence.  The mission of the Kimella Center is “To apply knowledge, research, science and education to bring an end to the exploitation and abuse of nonhuman animals.”

Then Peter interviewed musician and animal advocate, Harry Hmura, about his CD, I AM, I AM. Harry’s compositions interweave the vocalizations of great apes in sanctuaries around the world with his delightful melodies and lyrics. Proceeds of the CD support primate sanctuaries worldwide. Then, Lori gives her views on animals cruelty. 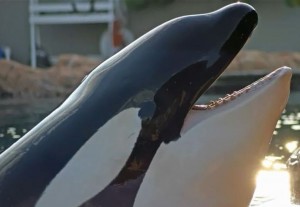 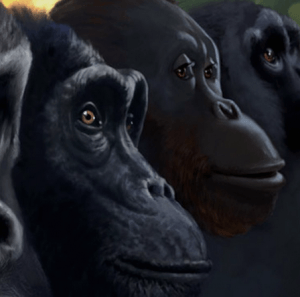 Art From Harry Hmura CD, I Am, I AM