You are here: Home / cows / Animals Today July 9, 2016. Critiquing Captain Paul Watson’s statements about the shooting of the Cincinnati Zoo’s Gorilla, Harambe. Innocent jaguar killed at Olympic ceremony in Brazil. Respecting and loving cows – and not because they are milk factories. Fake service animals.

With the world still abuzz following the killing of the silverback gorilla, Harambe, at the Cincinnati zoo, many prominent animal advocates have offered their opinions and analysis on the events, and whether the situation could have been avoided or managed differently. Lori and Peter review a few of the assertions made by one of their heroes, Captain Paul Watson of Sea Shepherd Animal Society, and discovered many areas of disagreement, but some common ground.

The show continues with published commentary about Harambe’s death from Jane Goodall and Azzedine Downes (President and CEO of International Fund for Animal Welfare) and then the tragic stories of a captive jaguar and wolf, each shot and killed with little justification.

The heavy content of the show adequately covered, Lori then interviews Helga Tacreiter who operates the Cow Sanctuary, a peaceful place for rescued animals in New Jersey. The cows graze for about two hours per day and then hang around, chewing their cud. Helga’s story of how and why she started her sanctuary is emotional and inspiring. She also has pigs and other animals.

We conclude with a discussion about fake service animals, live streaming of eagles, breaking into hot cars to help animals, and more. 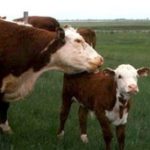