You are here: Home / 2016 Show Archive / Animals Today – October 15, 2016: Planes and birds in conflict: Making the skies safer for us all. Petition to end horse slaughter. Will California protect good Samaritans who break into hot vehicles to rescue animals?

With the release of Ron Howard’s new film, Sully, our interest in the risks posed to planes by wildlife has certainly been rekindled! Lori begins the show with Dr. Richard Dolbeer, who enjoyed a long career studying ways to make the skies safer for planes as well as for the wild animals who live near and migrate through the airline flight paths.

We continue with Susan Wagner, President and Founder of Equine Advocates who has started a petition aimed at President Obama, which asks him to ban the slaughter of innocent horses. Sign the petition here.

The show concludes with California Assemblyman Marc Steinorth who introduced a bill which would protect citizens from civil litigation as well as criminal charges if they damage a vehicle while attempting to rescue an animal at risk in a hot car. Check out Marc and his colleagues on YouTube in the now famous “hot car challenge.”

Update: Good news, Governor Brown has signed the bill into law! Thanks to Marc and everyone who helped pass this legislation! 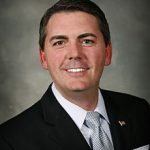