In February, as Republican candidate Donald Trump was on his way to winning the nomination, I learned about the prior hunting activities of his sons and discussed it on the air.

Now that their father will soon be President, Donald Jr. and Eric’s history of trophy hunting wild animals in Africa will become even more widely known, and I hope, be more forcefully criticized.

But during the campaign, The Washington Post reported the brothers again left the country to go on a hunting trip. Although details are scarce, if true, it shows the duo have no desire to put this activity behind them. The sons enjoy game hunting and evidently they do not feel it hurts their reputations or tarnishes the Trump brand.

All I can say is that in their new roles as members of the first family, perhaps they can be persuaded to give up this profoundly cruel and reprehensible activity. 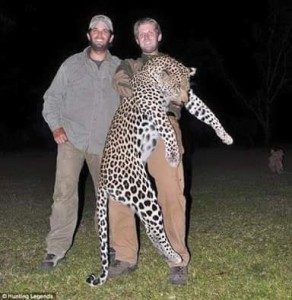