We begin with Paul Watson, Founder, President and Executive Director of Sea Shepherd Conservation Society. The Japanese government has adopted aggressive means to thwart the Society’s pacific fleet from interfering with their whaling activities. Watson says he will have to find a new approach, and is hopeful that other governments will act to end Japan’s illegal whaling. Nonetheless, he’s justifiably proud of the Society’s work there since 2005. Watson then updates us on a variety of other animal protecting campaigns worldwide.

Then Peter welcomes Christina Scaringe, General Counsel at Animal Defenders International (ADI). Following the closure of Ringling Bros’ circus, its tigers were moved to France, where they continue to perform and travel under notorious trainer Alexander Lacey. Scaringe explains the long history of animal cruelty by the Lacey family, and the challenges in tracking and controlling the movements of the tigers as they left the US. However, Scaringe reports progress is being made to reduce traveling exotic animal acts through public awareness and legislation.

Next up, Lori is joined by Ronnie Lee, internationally renowned animal activist and Founder of Animal Liberation Front. His biography, The Animals’ Freedom Fighter, has just been published. In addition to releasing laboratory animals from research facilities, Lee advocated property damage to harm businesses responsible for animal abuse and exploitation, and he explains his moral justification for these acts. These days, Lee is encouraging people to adopt veganism. For those who already are vegan, he suggests they ramp up their activism. Buy the book here at Amazon. 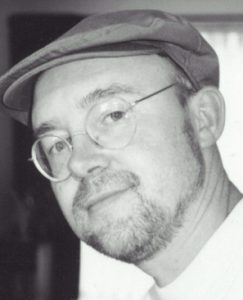