We begin with Camilla Fox, Founder and President of Project Coyote, who discusses lawsuits against the government agency, Wildlife Services, which alleges the agency is not using the best available science in deciding whether and how to kill millions of animals around the US each year at taxpayers’ expense. Fox claims Wildlife Services is nothing more than a rogue agency which tries to keep its activities away out of the public eye. She also describes other efforts to expose its actions and to reform its functioning.

Peter then speaks with Filmmaker Chris Delforce about his soon to be released film Dominion. Using new undercover and drone video, Dominion graphically shows the ways humans use, abuse and exploit animals in agriculture, including pigs, dairy cows, chickens, fish, turkeys, fish, etc. You can help this film succeed by supporting its campaign on Indiegogo.

Attorney Barbara Gislason then comes on in support of her new book Pet Law and Custody. Establishing a Worthy and Equitable Jurisprudence for the Evolving Family. Among the many legal topics concerning companion animals covered in this readable volume, Barbara says pet custody is a very hot topic now. Family lawyers will need to stay current because the field is rapidly changing, as the legal status of animals expands. It is recommended for lawyers as well as anyone who cares about or works with and on behalf of animals. Buy the book here.

Then, December 4 is International Cheetah Day and Lori tells us all about these majestic and athletic big cats. As expected, their numbers in the wild in Africa are shrinking, from about 100,00 individuals in 1900 to 9,00 to 12,000 now. Then Peter welcomes Tam Warner Minton, Author ALL FISH FACES: Photos and Fun Facts about Tropical Reef Fish (Ocean Friends). She is an avid diver who loves to document the ocean world with her captivating up close photos. Buy the book here. 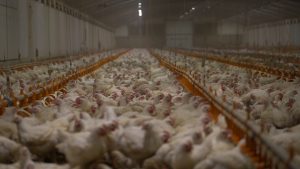 From the film Dominion.