The show begins with Lori’s discussion with Toni Frohoff, PhD., Elephant Campaign Director at In Defense of Animals. Each year, IDA publishes its list of the worst North American zoos for elephants, and sadly, this year’s list demonstrates that the horrendous conditions for elephants in so many zoos continues.

In 2017, there was indeed some good news for elephants, such as Ringling Bros. shutting down and the states of Illinois and New York passing prohibitions on the use of elephants for entertainment. But zoos are diverting resources that ought to be used to support and protect wild herds and their habitats. Zoos claim to help conservation, but Frohoff explains how that is simply false.

Then, Peter welcomes Ashley Welgan, with the Humane Society of the United States. Ten years ago, California Prop 2 passed (becoming The Prevention of Farm Animal Cruelty Act) which gave certain farmed animals a bit more space in their enclosures. Signatures are now being collected for a new measure that would be the strongest farm animal protection law in the world, upgrading California’s animal and food safety laws by requiring that all pork, veal and eggs sold in the state come from cage-free sources, regardless of where it was produced. Polling by the HSUS indicates that 72% of Californians will support this measure. The required 600,000 signatures must be collected by April 21, 2018. The campaign is called Prevent Cruelty California.

Peter then has good news about the Vancouver Aquarium’s welcomed decision to stop confining cetaceans. But, Lolita, still in the Miami Seaquarium, lost a challenge which would secure her retirement in a sanctuary. Finally, Lori and Peter discuss some of the top bird watching locations around the world. 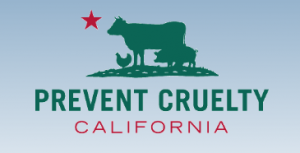