This week’s show is all about dogs!

It begins with Lori speaking to Elizabeth Oreck, National Manager of Puppy Mill Initiatives for Best Friends Animal Society about the connection between intentional dog breeding, overpopulation and euthanasia of homeless dogs. For years, Lori has been explaining how dog breeders contribute to shelter crowding and consequently to the killing of far too many adoptable dogs. Listen in to hear Elizabeth’s perspective, as well as her opinions about the American Kennel Club.

Then, Andrew Binovi, Senior Manager for Federal Legislation for the ASPCA joins Peter to talk about the continued high prevalence of animal fighting. National Dogfighting Awareness Day is April 8th. The general public underestimates how common dogfighting continues to be, and often does not recognize the signs of dogfighting operations and injuries from fighting. Also, there’s new federal legislation in the works, so listen in to learn how you can support it.

And National Dog Bite Prevention Week is April 8th – 14th. The number of dog bite insurance claims is increasing, as is the size of the awards. Children, the elderly and postal carriers are the most frequent victims of dog bites. Lori shares many facts and stats about dog bites. Any dog can bite, so learn about the risky situations. More info here. 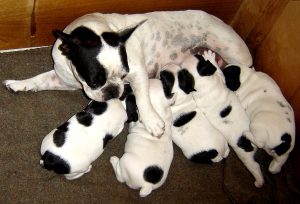