Lori begins the show with news about some aggressive urban squirrels in Queens, NYC, who are reportedly jumping onto people and attacking them. Authorities advise against hand feeding, which probably contributed to the bold behaviors these animals are displaying. Fortunately squirrels rarely harbor rabies, and no documented case of transmission of rabies to humans has been recorded. But they have sharp teeth!

Lori continues with some interesting history from Hitchcock’s iconic film, The Birds. Numerous wild caught birds were “recruited” into service for the filming. Actress Tippi Hedren, in her screen debut, recounted the terrifying shooting of the final bird attack scene in her memoir. Stagehands hurled live ravens, doves and pigeons at her to create the illusion. Other birds were tied to Hedren’s costume, causing them to ferociously peck at her due to their terrified state. Hedren is an exemplary advocate for animals who went on to found the wild animal preserve, Shambala (now known as the Roar Foundation Shambala Preserve). It is in Acton CA, not far from Palmdale, and visitors are welcomed.

Veterinarian Robert Reed then returns to speak with Lori about toxoplasmosis in cats and risks to people. Cats are the only definitive host of toxoplasmosis. Robert is Medical Director of VCA Rancho Mirage Animal Hospital.

Our next guest is attorney Bob Ferber who joins Peter to speak about the recent aflatoxin induced outbreak from tainted pet food, which has harmed and killed hundreds of dogs and cats. In these cases, meaningful legal recourse for owners is nearly impossible. Ferber also describes the opaque nature of the pet food supply chain, in which it can be hard to determine exactly what your pet is eating, even from some reputable brands.

Lori then drops a pop quiz on Peter featuring the koala. These adorable furballs are marsupial mammals, and we all know they are not bears, right? 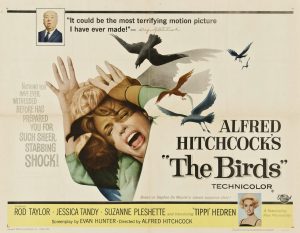